Yes I know this looks very close to my Tuna Tataki recipe but its slightly different (plus its just another example of how easy it is to cook tuna). The tuna was cooked a few minutes longer and unlike the Tuna Tataki recipe, it wasn't marinated ahead of time.

Seared Tuna Ingredients
Cooking tuna may be the easiest thing to cook ever. Easier than improvising Mac n Cheese. Easier than cooking popcorn. And easier than Washington sports team winning in the post-season (too soon?).

Sauteed Green Beans
Don't buy canned green beans. They're terrible.  Canned green beans will not get you anywhere in life (don't even buy them for the canned food drives). Buy fresh green beans. Spend the 5 minutes painfully cutting off the edges - fresh crunchy green beans are awesome, trust me. 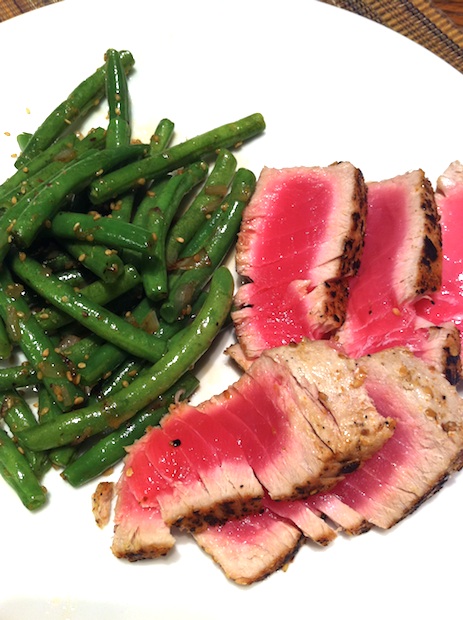